Laura Stelsel is director of marketing and communications for Kappa Delta Pi. 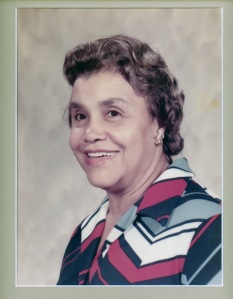 It seems fitting during Black History Month to honor and remember Dr. Clementine A. Skinner (1916–2006), KDP’s first African-American president. She served from 1976-1978.

Clementine was born in Birmingham, Ala., the daughter of John and Alice McConico. Her family relocated to Chicago during the Great Northern Migration, partly due to controversy caused by her father’s involvement in the civil rights movement.  In Chicago, her father owned McConico’s Book and Magazine store, which housed and sold publications by and about African Americans.

Beyond being an academic and trailblazing Kadelpian, she was instrumental in preserving and sharing African-American history, a passion which was influenced largely by her experience at her father’s bookstore. Skinner was a close friend and contemporary of the founder of the Association for the Study of Afro-American Life and History (ASALH), Dr. Carter G. Woodson, who is credited with creating the celebration that evolved into Black History Month in 1926.

As I was researching her life, I came across a CNN article from Feb. 14, 1996, 18 years ago today. The article quoted a then 80-year-old Skinner as a representative from the ASALH. In that article, Skinner said, “We never sat around and spent all our time worrying about being segregated…We worked for integration constantly in all areas of society.”

Her life’s legacy illustrates that quote perfectly. After she graduated high school, Clementine went to work at Woolworth’s, where she worked her way from salesclerk to floor manager and eventually buyer, the first African American to be promoted to this position. She began using her position to create change and was instrumental in getting items like cosmetics and hosieries for women of color. Her letters to the corporate offices also impacted the company’s employment practices as they related to minorities.

After becoming a mother and serving in the First Women’s Army Corps, she began her college career in 1953 at the age of 41. She received an associate’s degree in 1959. She then enrolled in Chicago Teachers College—now known as Chicago State University—and received a bachelor’s degree in education in 1960 (she was initiated into Theta Rho Chapter that year) and a master’s degree in1963.

In 1976, the same year she became KDP president, Clementine earned an Ed.D from Nova University in Fort Lauderdale, Fla. She was 60 years old.

We are so proud to have had Dr. Clementine Skinner as a member, past president, and distinguished educator, and we celebrate and honor her during Black History Month.