My first night of teaching at a small liberal arts college, I walked into the classroom with trepidation and—after being sassed—walked out with disgust. The second night, I called security to escort a student from the room. After only two class sessions, I had had enough. I was ready to give up, except then I remembered that I needed to get paid.

By November, it was really over for me. I called my mom and said; “I quit!”

She replied, “Really? ’Cause you have no money.”

While each class was becoming easier and lesson planning was doable, the semester was still not going well. I was teaching Freud’s psychosexual stages of development, which should have interested my students. One night, they were particularly rambunctious. Why couldn’t they focus? Why didn’t they believe in themselves? Suddenly, an epiphany! Were they really being rude? Maybe they were as insecure and scared as I was.

“Professor Simmons, are we done? Can we go?”

I looked up, waited a beat, and finally said; “Put your books away.”

They froze. They were sure I was punishing them with a test. I asked them to take out a sheet of paper. They did, amongst moans and groans.

I continued, “Please put your name and date at the top of the paper. Write the names of each student in this class, leaving space between them. Then write five positive adjectives about each person.

D’s hand went up. “Professor Simmons, do they have to be positive?”

“Yes, they have to be positive.”

Another hand went up. “What is an adjective?”

Another hand. “Do you really want us to do this?”

Twenty minutes passed. Amazingly, some of these students had to conjure up positive scripts among the many negative ones about themselves and others. I dismissed the class early.

I hopped on the train. “What the heck am I going to do with these? There’s only one more class before Thanksgiving.” After an hour and a half commute on three trains to teach a 3-hour class that met 15 times a semester for which I was paid only minimally, I ducked into a store and bought note cards. Once home, I addressed each one of my students: “Dear ________, The Introduction to Psychology class is thankful for you because you are _________________.” After an hour, with sores on my writing hand, I looked at them and smiled.

I was no longer angry or fearful. I was finally hopeful. The next week, I explained that I had been frustrated, and apologized. Then I distributed the cards. As students read what their peers thought of them, a smile came to some faces or a tear ran down a cheek.

When I taught that night, the class listened, asked questions and, for the first time, did their work without complaint. I taught at that college for another 4 years.

A few years later, there was a knock at my door. I smiled when I saw him. He had started as my most troublesome student and left my best. He thanked me and gave me a gift.

As we chatted, he opened his wallet. Folded in his billfold was the card. He said, “Whenever I feel bad about myself, I take out this card and I remember that I am all of these things and more.” He wasn’t alone. It had been a defining point. He and every single student from that class successfully graduated.

Teaching is not always easy. Yet, educators must see past the problem and have hope. 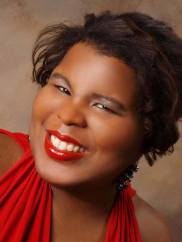 is President/CEO of Speak Forth, LLC, and a Doctoral Candidate at Liberty University Online. She can be reached by email at speakforthllc@gmail.com.