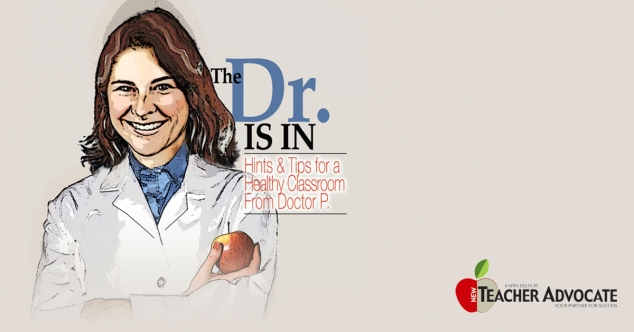 I am excited about my new classroom, but I’m feeling completely overwhelmed looking at the bare walls and thinking about how I’m going to make the classroom come to life and be organized for the students. Any suggestions?

Loris Malaguzzi, the founder of Reggio Emilia preschools, would be enthusiastic about your question. He believed that environment is such an important part of making learning meaningful that he coined the term “environment as the third teacher” (Gandini, 2011).

The Reggio Emilia approach provokes educators to think differently about the aesthetics of a classroom. Instead of purchased “decorations,” students are the creators of the aesthetic through learning. For example, instead of buying an alphabet chart to put at the front of the room, young learners can create one themselves out of sticks found on the playground or materials recycled from another unit. The students not only use the finished chart, but they also engage in an in-depth way by constructing it to make meaning for themselves. Older students can use similar techniques to create a periodic table or an anchor chart.

Consider what supplies you can keep out on a regular basis instead of just pulling them out for a short time. You’ll notice this inspires a creative work process. Imagine if you encourage students to use the set of magnifying glasses at recess and beyond! In Reggio Emilia-inspired classrooms, you’ll often see glass jars or recycled storage containers (like baskets) filled with materials for learners’ easy access.

Think about how students move around your class to collaborate. Where are they able to work in small groups? What is the easiest access to supplies without disrupting classmates? At the beginning of the year, have students role-play the appropriate and inappropriate ways to move about the room. This “interactive modeling” also can help you assess what does and does not work. After you’ve built a strong class community, why not give students a chance to redesign the room and think about the ways the classroom can morph and change to support their growing needs?

Lastly, calming spots, relaxation stations, and “amygdala reset areas” are important for students who might need a break for behavior or academic reasons. These areas are usually a soft space away from the busyness of the classroom. They don’t have to be large, just safe spots for kids to take a break in a proactive way.

Lastly, and I know this goes against the grain, but I highly encourage you to not feel pressure to spend money on your classroom environment (although we’ve all done it). From an administrative and community perspective, it gives a false sense of budget needs. Many new teachers have had tremendous success with Donorschoose.org for supplies like pillows and lamps for calming spots. Businesses also have allotted money for school donations and, in many cases, all you must do is fill out a simple form. PTAs and parent groups are also eager to support environment when possible.

Enjoy establishing your new community and your new environment!

Today’s bloggers are Bruce Torff and Audrey Figueroa Murphy. Their article, “Teachers’ Beliefs About Rigor of Curriculum for English Language Learners,” appears in the latest issue of The Educational Forum.

Educators have looked high and low for the causes of achievement gaps between the “haves” and “have nots” in our society, and for good reason:

These gaps are distressingly large and resistant to change.

No one seems to know the exact causes, but some combination of factors does the deed.

Could it be that one set of factors has been hiding in plain sight? Do educators’ well-intended beliefs about “what works” for different populations of learners play a role, if a largely unseen one? According to research, the answer may be yes.

It’s true, but unsurprising, that success in school has a lot to do with the level of rigor in the curriculum; students given challenging work achieve more. Educators know that lessons need to pitched to challenge but not overwhelm learners, as if to follow Dewey’s advice that teaching should begin a little over the head of the learner. Accordingly, educators’ judgments do much to establish how academically demanding the curriculum will be.

But research shows that teachers favor somewhat less rigorous curriculum for learners they perceive to be low in socio-economic status, SES. And our research published in this issue of The Educational Forum indicates that English language learners are among the student populations educators believe to be less able to handle the rigorous curriculum prescribed for their more English-proficient peers. The rich get richer, getting rigorous curriculum leading to high achievement, prompting more high-octane lessons. And the poor get poorer, with impoverished curriculum leading to lower achievement, yielding another round of undemanding lessons.

In several publications, we tie these beliefs to cultural norms about how learners tick and how teaching should proceed. Beliefs about learning and teaching in our culture, part of the culture’s commonsense “folk psychology,” prompt educators to reduce the rigor of curriculum for some populations, exacerbating achievement gaps. Because of our culture’s way of doing things, well-intended educators fan the flames of the blaze they seek to extinguish, by their efforts to give students the level of academic rigor they deem appropriate.

A question is raised: How can we counter this cause of achievement gaps?

KDP is proud to partner with Routledge to share an essay from The Educational Forum with the education community. Access the article at Taylor and Francis Online, free through February 28, 2019.

Since I first learned to read and write, I was always slow and careful.

In kindergarten during a parent-teacher conference, my teacher remarked upon my perfectionism and slow pace, noting that it might become an issue later on in school. It didn’t seem to be much of a problem then—I was just thorough and precise. It was a non-issue.

But sure enough, when I reached high school, gone were the days of unlimited time on tests and long project time-frames.

Freshman year, I relied more on my innate abilities, earning high marks while struggling to finish timed assessments. I often stayed up into the late hours of the night finishing homework. Many of my teachers that year assumed that I, like my peers, just needed to adjust to the faster pace and demanding workload of high school. One teacher even tried to tell me that I just needed to work faster and more efficiently.

No matter how hard I tried, I still floundered in all of my classes, rushing on tests in an attempt to finish, and running on just a few hours of sleep. I didn’t need to adjust, my schooling did.

After talking to my guidance counselor, she suggested that I get tested as a first step in the lengthy process of requesting a variation on an individualized education plan (IEP).

She warned that the entire process would most likely take a few months and that I would have to seek the necessary testing on my own. The testing, spread out over two weeks, took a few hours each day. The results showed a significant discrepancy between my intellectual/academic capabilities and my processing speed.

In other words, my brain processes information at a slower speed than average, and I take more time to complete most tasks.

After an hour of meeting with my guidance counselor, vice principal, parents, and all of my teachers, I was granted special accommodations, most notably, extra time on tests.

Since then, my anxiety revolving around timed assessments has diminished. However, while I was able to receive the necessary accommodations to help me succeed in school, many others have not.

My parents and I were able to advocate for my education and we possessed the resources to seek the testing required to begin the process. Not all students are as fortunate as me.

Furthermore, a stigma still surrounds those with learning disabilities. For some it may not seem to be worth the trouble; it may seem easier to struggle in silence, especially if they already appear to be successful in school.

Focusing on providing students with the tools to succeed should not be the anomaly—it should be the standard.

Sophie Barowsky is a senior at Framingham High School in Framingham, Massachusetts. In college, she hopes to study neuroscience or psychology.

On October 24th, President Obama released a statement calling for changes in standardized testing in America’s schools. Although the details have yet been released, it is encouraging the Obama Administration acknowledges that standardized testing has overextended its purpose.

As a veteran of public education, such news is profoundly welcomed.  Over the past 20 years, going back to the Clinton Administration and Goals 2000, through the Bush Administration and No Child Left Behind, to the Obama Administration and Race to the Top, public education has increasingly become burdened by the increase of testing. With it came increased scrutiny and accountability on states, local school districts, and individual teachers. Although the results of these initiatives have been mixed, all now agree there is no correlation between increased standardized tests and increased student achievement.

I firmly believe the first step is to eliminate the Partnership for Assessment of Readiness for College and Careers (PARCC) and the Smarter Balance Assessment. Being an educator in a state that mandated that all districts implement the PARCC test, I can speak directly to the negative impact it created. PARCC is a computer-based assessment. The drain on school district technology resources both in the setting-up phase, which began in January, through the implementation phase, the months of March and May, were profound. The length of the tests, both in March and May were extremely disruptive to school schedules and classroom routines.

Many educators across the state questioned the developmental appropriateness of PARCC, in terms of format, length and difficulty. Although PARCC has announced there will only be one test instead of two in 2016, overall test time has not been decreased significantly. In addition, if the purpose of standardized testing is to inform and improve teaching and learning, PARCC is not the answer.

First round of tests were completed by April 1st and the second round by the end of May.  It is mid November, and my school district just now received the results for our high school students; hardly timely if we are to use the information to improve instruction. We have no idea when elementary will receive the results. Given states can’t agree nationwide what curricular content is worth knowing, and given a growing number of states have opted out of Common Core standards and/or PARCC or Smarter Balance Assessment, more and more educators question the validity or purpose of a “one size fits all” test.

Let’s band together and work with our state legislators and create assessments that reflect what we as states have committed to in terms of standards-based teaching and learning. In addition, at the local level, let’s support individual school districts to develop and utilize assessment practices that align with instruction, provide timely feedback, and create partnerships of learning with teachers and students.

is the Secondary Curriculum Coordinator for the DeKalb Community Unit School District in Illinois. She also teaches at Northern Illinois University as an Adjunct for the Department of Leadership, Educational Psychology, and Foundations.